Visit our Websites in ... 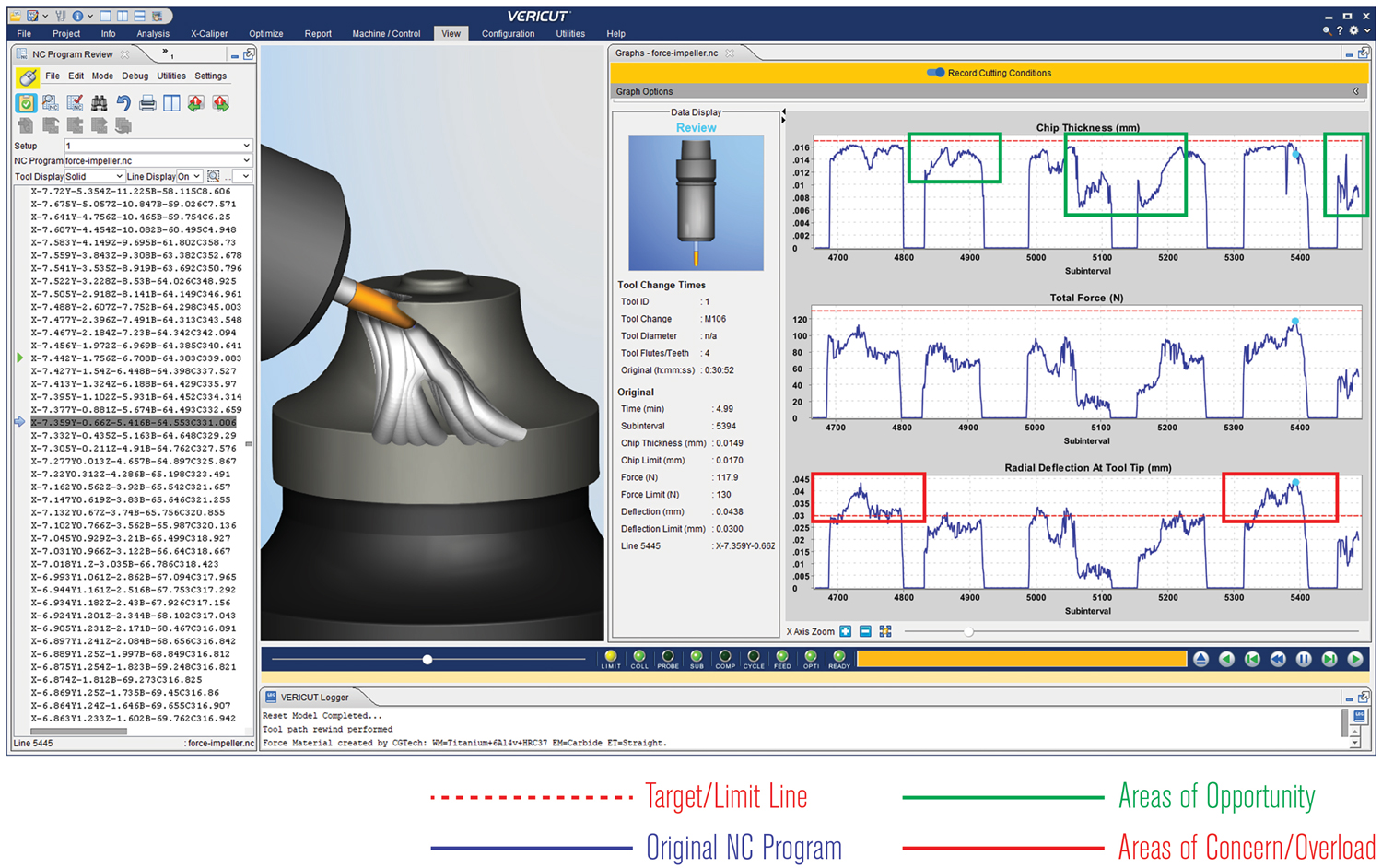 The Force Analysis module enables users to graphically analyze cutting conditions generated by an NC program against selected target values to reveal areas of opportunity and areas of concern.

Force Analysis can be used to identify problem areas in NC programs such as poor cutting efficiency, potential tool breakage, or other safety concerns related to excessive cutting conditions. Once identified, CAM systems or manual editing can be used to apply corrective actions, then re-analyze to see if more desirable or safer cutting is achieved.

The Force Analysis module allows you to graphically see the interaction between the cutter and the material and display the real chip thickness in an NC program block by block. Measured data exposes forces applied to the cutter, spindle power demands, and potential for cutter deflection.

Use Force Analysis Graphs to analyze Cutting Data such as:

Use Review Mode to take a closer look at any areas of concern, including the exact line
in the code and the position of the cutting tool for any given point on the graphs